Sendle is one of the more popular carrier integrations in ReadyToShip as there are a number of great features available including free Premium pricing for 12 months when using ReadyToShip and Sendle together, along with flat rate pricing Australia wide.

This month we have a number of updates to share regarding our integrations with Sendle. The first is upcoming price changes, including some great looking local satchel rates.

To find out more about the Sendle pricing information below please get in touch with the Sendle business team.

Not a Sendle user yet? Signing up is free and easy to do – just click here.

The announcement from Sendle is included below:

Sendle have adjusted their rates to reflect standard changes in markets and CPI. Some rates have come down, some have stayed the same and others have gone up. Scroll down to see the full rates for each plan. These rates will come into effect on 29th October 2018.

To help your business succeed, Sendle developed the Sendle Price guarantee so you can send your 500g satchels, 2kg, 5kg, 10kg and 25kg parcels to Sendle’s same-city and national zones for less than standard Parcel Post rates.

If the standard Parcel Post rate is cheaper, Sendle will beat it. That’s a like-for-like, kilo-for-kilo better price guarantee! For business plans, save 30% to 60%† on same city parcels and save 16% to 72%† on national parcels! 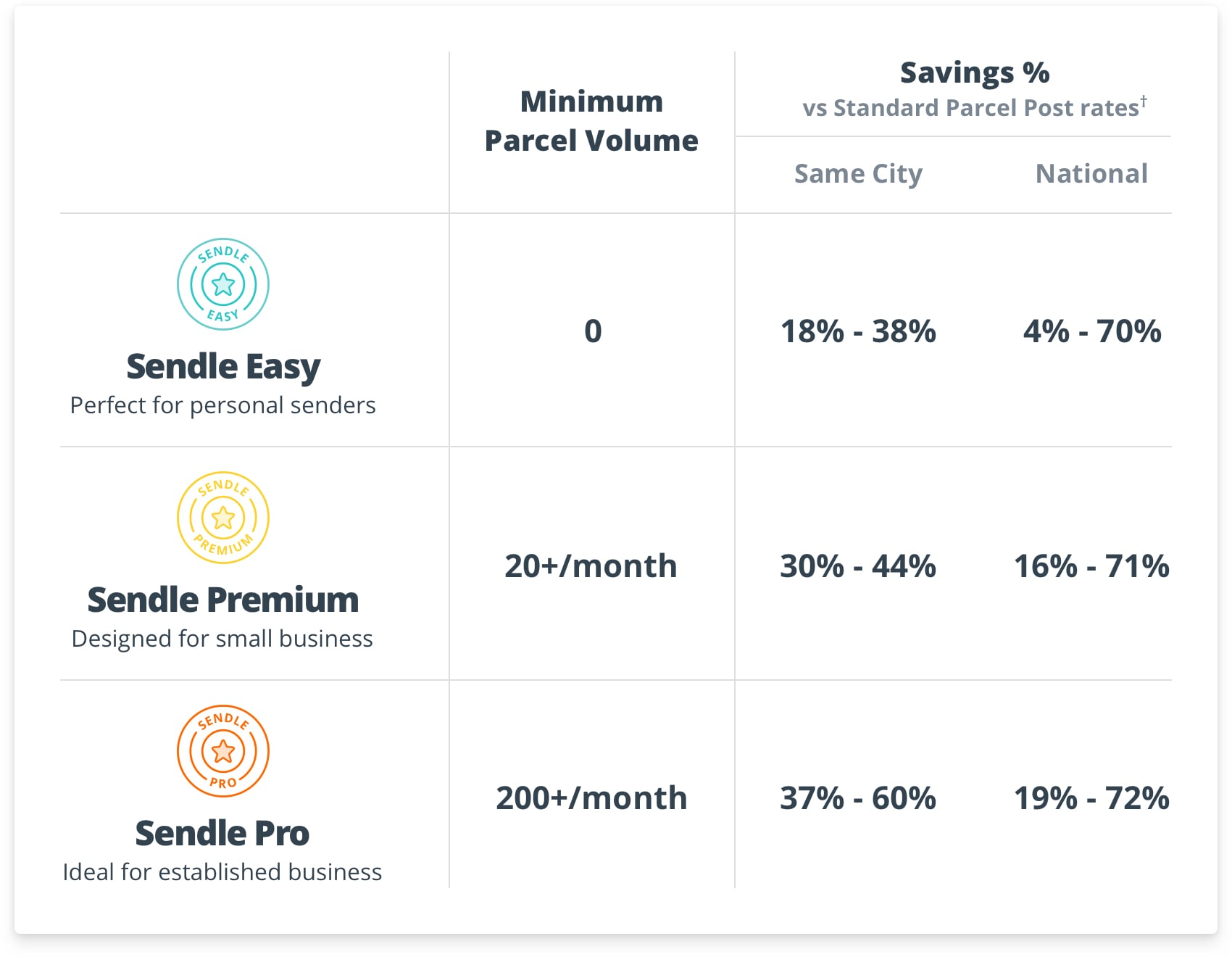 †Savings are compared to the latest standard Parcel Post rates, published 1 October, 2018. Percentage comparisons shown range from destinations in the same state (min) to prices from Perth to Hobart (max).

Remote and International: Sendle to Alaska or Alice Springs

In line with their commitment to simplify, Sendle added a simple $13 surcharge for remote parcels. So even if you’re sending a full 25kgs of love to folks in Ghan, Northern Territory, it’ll still only cost $13 more than the national rate.

Aussie goods are going cheap with the dollar at a 2.5 year low, and the good news is, there’s never been better time to start exporting. Sendle maintained their international rates just as they are, so you can compete with the folks overseas.

Here are the rates for Sendle’s Easy, Premium and Pro plans. These will come into effect on 29th October 2018. 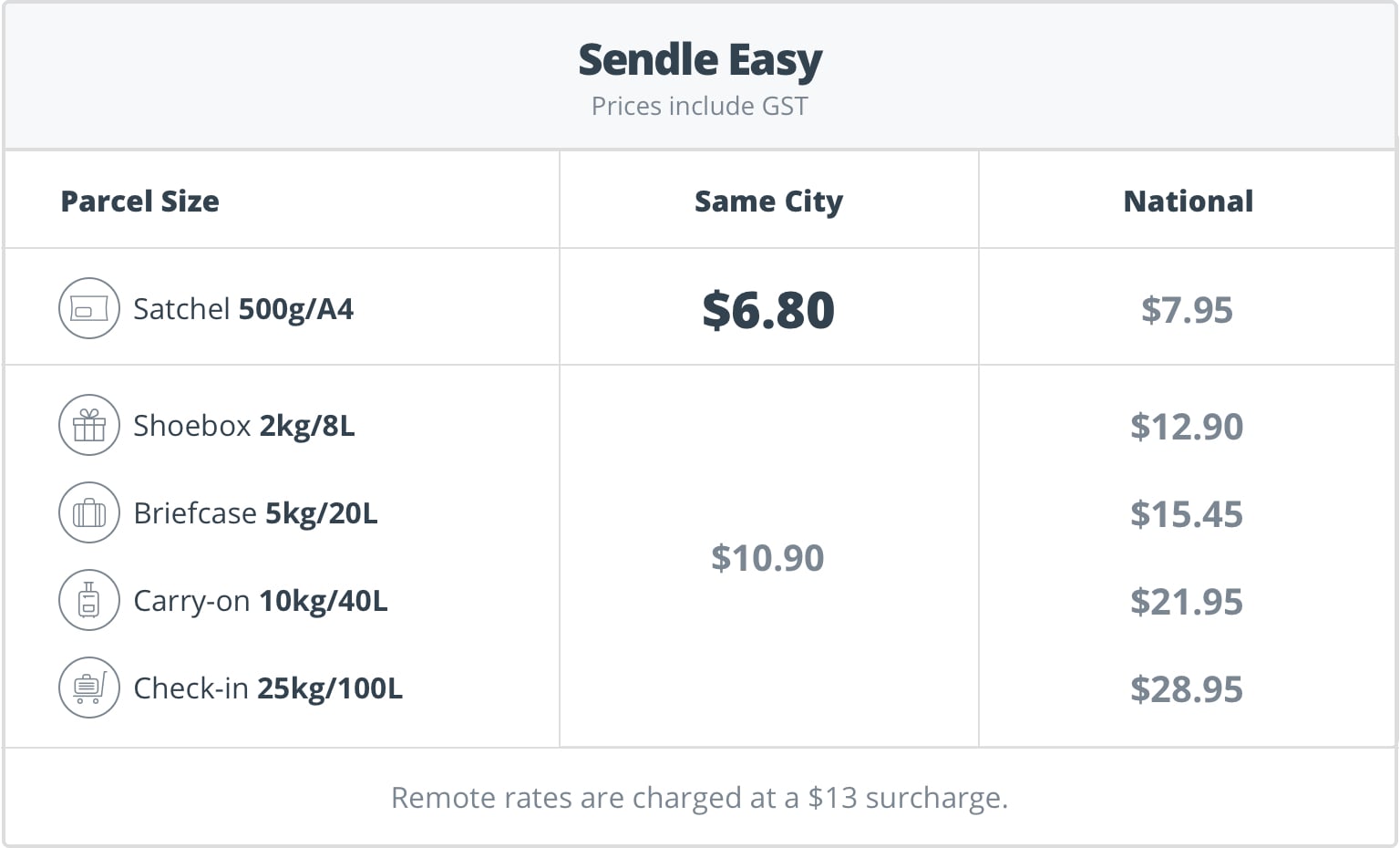 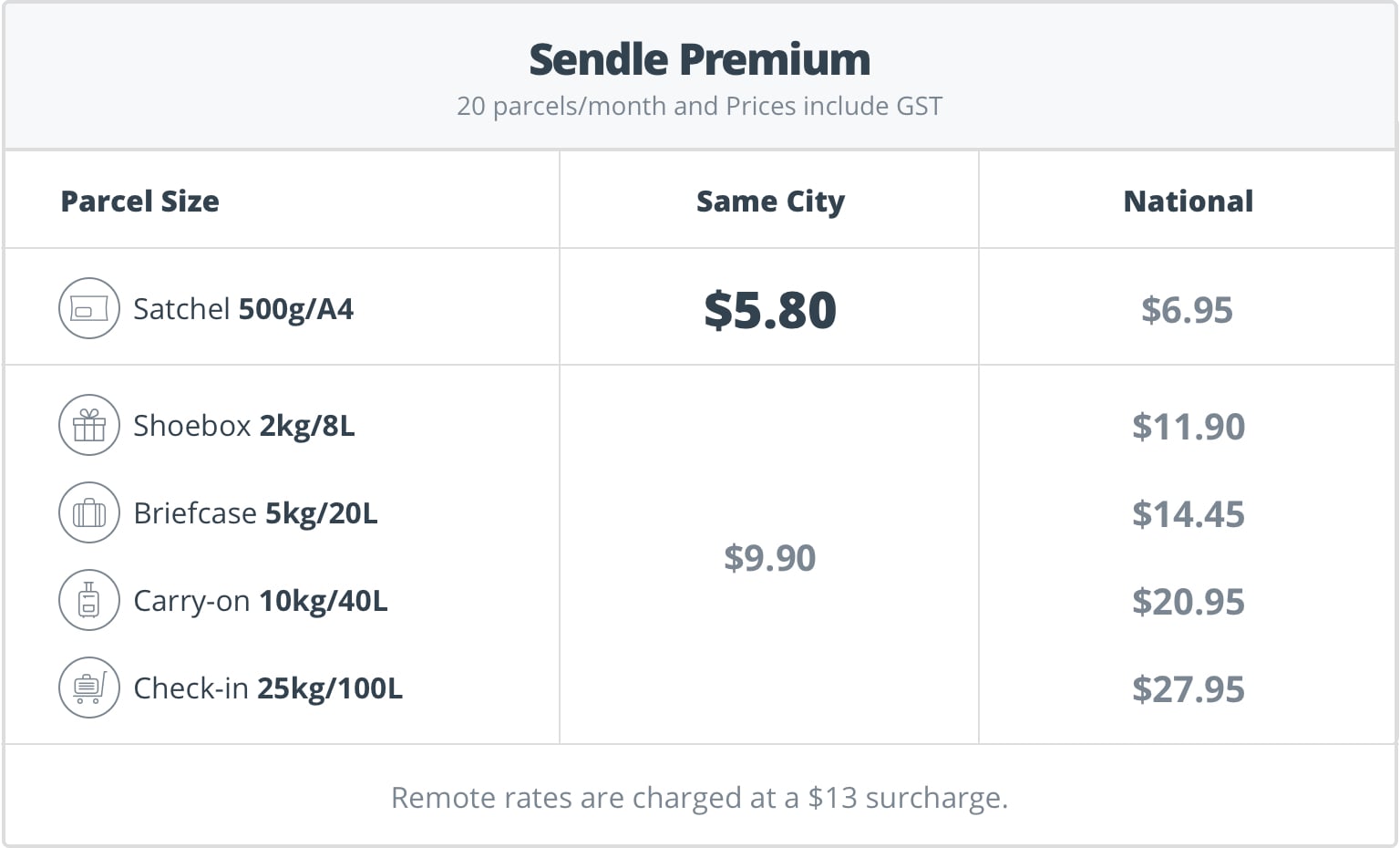 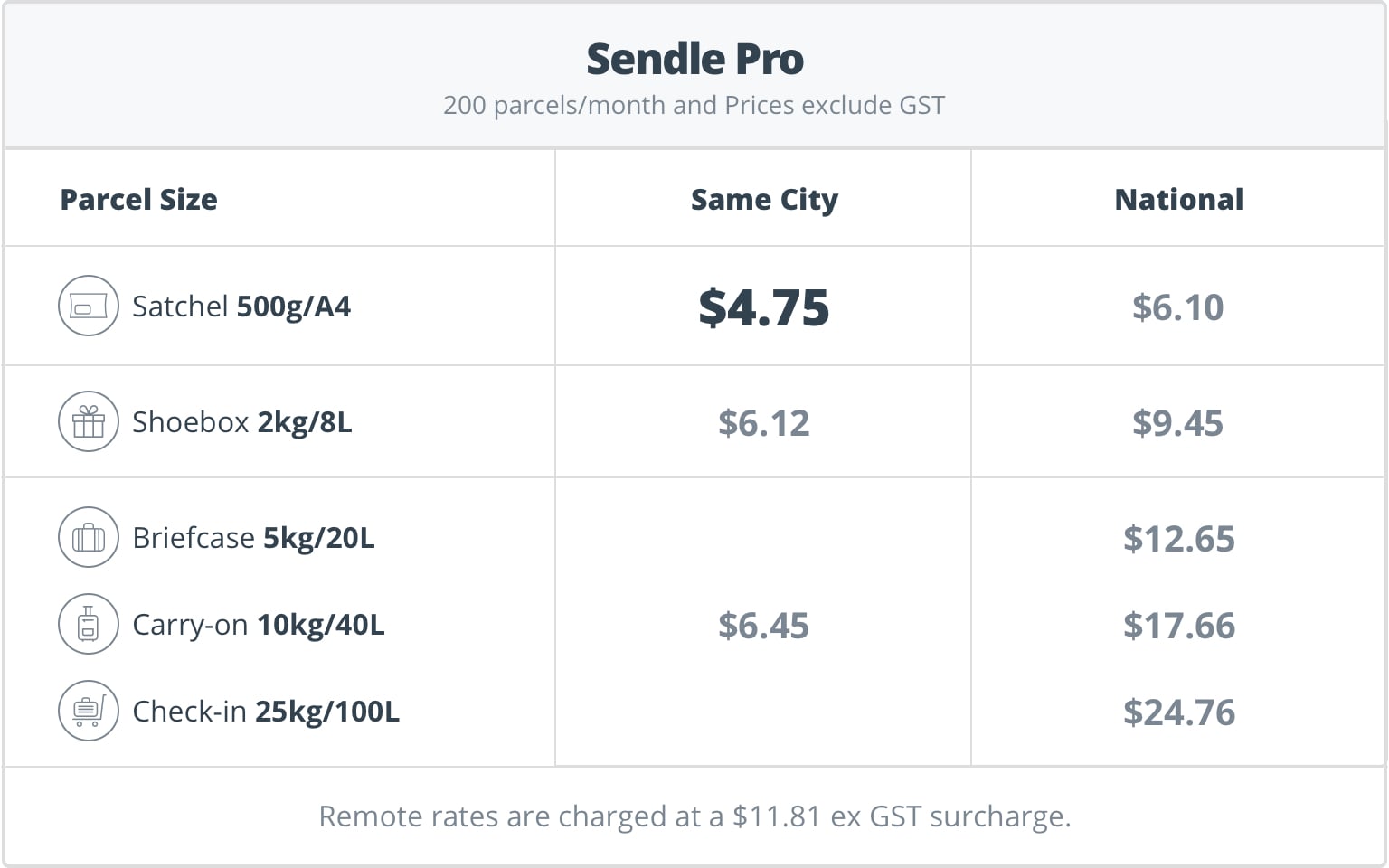 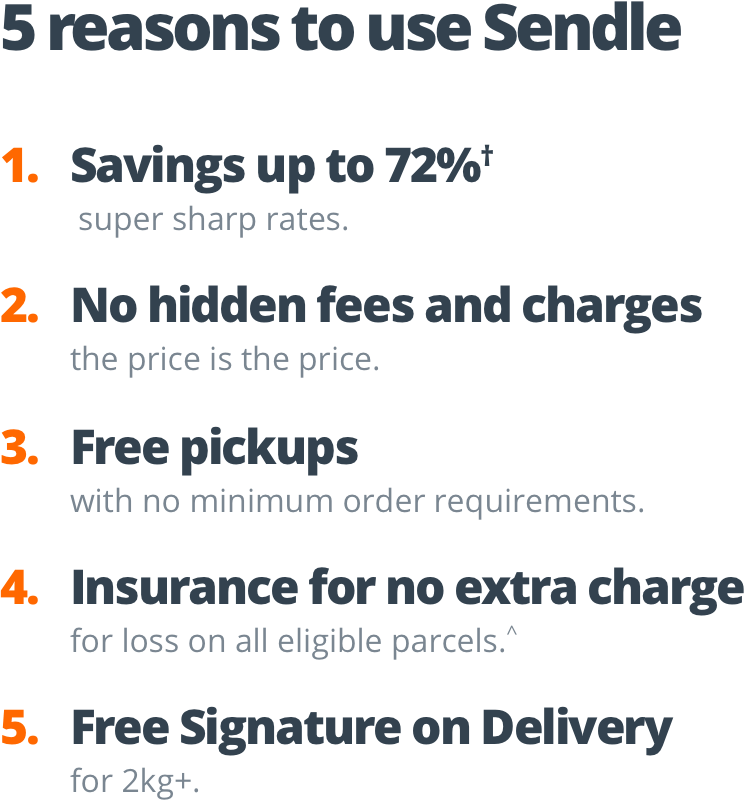 If you want more information, reach out to Sendle’s Business Team, or talk to us here at ReadyToShip on live chat.